It is easy to understand why some people choose to drive older cars. They might enjoy their vintage style, want to save money, or think it's best for their child to drive an old car in their teens. Though these reasons are valid, people who drive older models are at a significantly elevated risk of fatal crashes.

One of the best sources of car accident data is the National Highway Traffic Safety Administration (NHTSA). One of the many things the NHTSA has studied in recent years is the fatality rates in new and old cars. The following is what they found:

As you can see, automobile safety has been consistently on the rise for the last three decades, and cars that were made in the previous ten years are significantly safer than older models. 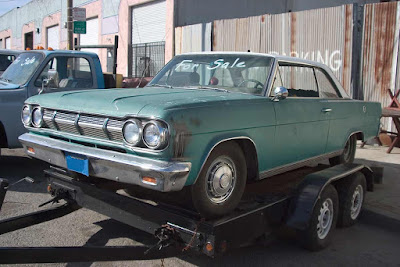 One of the top reasons why newer cars are safer is the effectiveness of their airbag systems. Though older vehicles often also have airbags, the total airbag system is not as comprehensive as newer models. Car companies have been improving and tweaking these systems for decades, and it is paying off. Crashes that would have been lethal for older models are now not due to superior airbags.

Modern cars are structurally built in ways that lessen the chance of severe injury. There have been three significant design shifts over the years. First, the front and back of cars have been built to crumple, which allows the momentum of the other vehicle to be transferred to a part of your car that does not have passengers in it. Second, the structure surrounding the passengers is very sturdy, keeping impact away from the people inside. Lastly, modern cars are built to stay structurally sound when rolling over.

Aside from airbags and structure, cars built recently also have added some high-tech safety features. Some of them include auto-braking, backup cameras, and blind spot sensors.

Old cars can entice you with affordability, the safest way to stay safe is driving a car that was made in the last ten years. They often have better airbag systems, stronger structures, and have accident avoidance systems to assist you. Each of these may decrease your chances of being involved in an auto accident. Though safe driving is an excellent method for avoiding collisions, having modern safety features is the best way to make inevitable crashes less severe.

If you or a loved one has been involved in an Auto Accident call St. Louis Accident Attorney, Chris Hoffmann at (314) 361-4242.

Posted by St. Louis Car Accident Lawyer at 7:54 AM No comments: